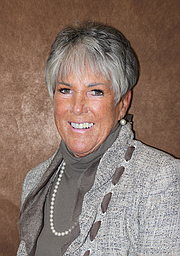 Robert McFarland said his first political campaign has been a real learning experience.

The retired doctor and former chief of staff at Kootenai Health has served as president of the Idaho Medical Association and the Idaho Academy of Family Physicians. He said those positions, along with his storied local career, give him the insights to serve on the hospital’s board of trustees.

“I have a great deal of experience in clinical medicine, the business of medicine and the politics of medicine,” he said.

That last subject has become of particular interest to McFarland and voters alike, as the Kootenai County Republican Central Committee has conducted its own vetting and endorsements of candidates in what has traditionally been non-partisan races.

“I don’t believe these non-partisan positions should be contested by political parties or subjected to political vetting,” he said.

McFarland said the best version of Kootenai Health begins with maintaining a strong quality of care while keeping the focus local.

“Kootenai Health is an extraordinarily good hospital, but that’s not something you can leave alone and hope to perservere,” he said. “Another issue we face is just keeping up with the growth of Kootenai County. Some patients, this last year, had to be turned away from Kootenai Health and sent to Spokane, but some of those days they hit [maximum] capacity didn’t involve COVID. Patients do better if they’re in their hometown hospital, near family and in familiar environments.”

McFarland said his decision to run for the trustee position can be found in a personal, vested interest in what happens to the hospital.

“I grew up here,” he said. “I practiced at Kootenai Health for 35 years. My patients are still being taken care of there, and I want it to be the best hospital it can be.”

Katie Brodie said the desire to serve is what keeps her coming back to the campaign trail.

“I guess I could stay home and play golf or clean house or do a million other things,” Brodie told The Press. “But there’s something about that community hospital. It tugs at my heart strings.”

Brodie has served eight years on the Kootenai Health board of trustees. Her first two-year stint came in 2013 through an appointment to replace the retiring Dr. James Curtis on the board. Soon after, she ran for the seat on her own merits and won another six-year term. Now, she’s hoping to win another in an effort to preserve what she sees as a community hospital with unlimited potential.

“Probably the biggest thing on our radar right now is protecting what we have and collaborating if necessary with others to maintain our community hospital feel,” she said. “We have a real opportunity to grow our hospital into an elite medical center.”

Brodie’s public service and board experience doesn’t begin and end with Kootenai Health. The former Kootenai County commissioner and Hayden Lake council member also served on the Idaho State Board of Medicine, the Committee on Professional Discipline, the Inland Northwest Bank board, and she worked for 10 years as a special assistant to former Gov. Butch Otter.

Brodie said that experience across the political, financial and medical spectrum has given her a fascinating perspective on how to help advance Kootenai Health forward with its vision.

“Medicine changes daily,” the local of 54 years said. “Banking is pretty volatile, too. I think having those different experiences and different perspectives make you more willing to adapt when you need to.”

Brodie is hoping voters will let her continue her passion on Tuesday, as she seeks re-election for one of three seats on the hospital trustee board.

“I’m crazy for Kootenai Health,” she said. “I want us to be the very best version we can be.”

Dr. Terence Neff is hoping his history both in medicine and on the Kootenai Health board of trustees will speak for itself when voters go to the polls on Tuesday.

“The biggest qualification I have is my 30-plus years at Coeur d’Alene Pediatrics,” the retired pediatrician and current chair on the Kootenai Health board of trustees told The Press. “Whether it’s as chairman of the Pediatric Committee, as a hospital trustee since 2008, as a board member for the Kootenai Heath Foundation, I take pride in my experiences improving process in governance.”

Neff was first elected to the Kootenai Health board of trustees in 2008. But he said his real advocacy dates back to when he first arrived in Coeur d’Alene in 1985, where he said he witnessed a growing population of patients with little to no health care.

“My time here in Coeur d’Alene, I’ve been an advocate for the uninsured and underinsured,” he said. “It all centers around affordable health care insurance. Last year, the hopsital gave almost $10 million in free and discounted care. We have to deal with it as a society and say this is not tolerable anymore.”

Now seeking his third term on the board, Neff stressed that the hospital’s vision lays a roadmap for how a medical center can impact its community.

“Kootenai Health is our hospital,” he said. “I’ve been on the board 13 years. During this time, we’ve turned Kootenai Health from a small hospital to a superb medical center. I’m personally not done doing what I can to help with Kootenai Health’s vision to transform local health care.”

That transformation, he said, includes making the medical experience more seamless and less confusing for its patients, for becoming a national leader in patient safety, staff engagement and overall value.

“At the same time, we want zero prevental harm,” he said. “That’s our definition, and I think it’s exciting to help get to that point.”

Steve Matheson said he’s running for one of the three open Kootenai Health trustee seats because of what he calls a philosophical difference between the hospital’s vision and the direction he would like to see Kootenai Health take in the years to come.

“[I would cite] the recently approved Kootenai Health board of trustee vision statement,” Matheson told The Press. “‘One connected team boldly transforming the health care experience to become a premier medical destination’ is not what I believe Kootenai Health should be pursuing, nor do I believe it was sufficient justification when lobbying for the creation of the Health Corridor urban renewal district.”

Matheson, who serves as Kootenai County Treasurer, ran an unsuccessful campaign for trustee in 2019. During that run, he advocated for Kootenai Health’s heading. But as a fiscal conservative, he said the decisions the board has made over the past two years have given him reason for concern.

“As trustee, I believe most Kootenai County voters support a community-owned hospital focusing on becoming a high-quality, financially secure regional medical facility, having the resources to compete with neighboring hospitals in Spokane,” the Kootenai County resident since 2009 told The Press.

That goal, Matheson said, is in stark contrast to the direction he said he’s observed lately: that of the board and administration pushing to make Kootenai Health a destination medical center, one that would compete with the likes of the Mayo Clinic.

Matheson said, should he win, he would be a voice of reasoned and healthy fiscal skepticism to the Health Corridor URD formed in late…