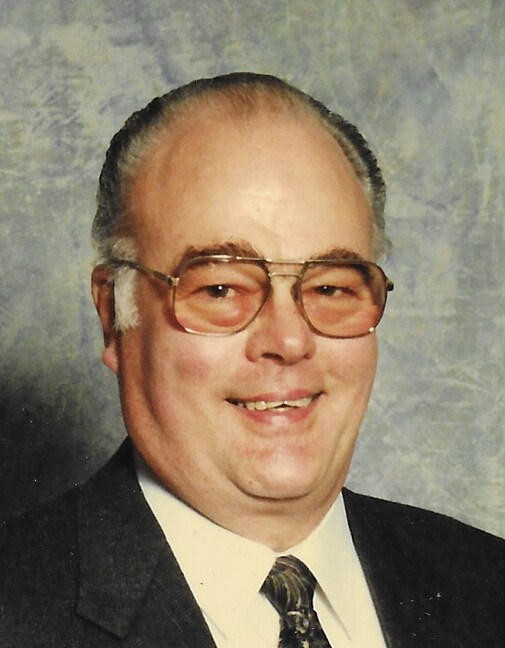 Richard E. “Dick” Rewalt, age 88, of Traverse City, died at home on April 28, 2021, surrounded by four generations of his family.
Dick was born on March 6, 1933, the oldest child of the late Mercedes and LaVerne Rewalt. He was raised in Detroit, attended St. Joseph’s High School and University of Detroit evening College of Commerce and Finance. In 1969, Dick received his law degree by attending night school at Detroit College of Law.
He was a Certified Public Accountant, working forty years at Godfrey, Hammel, Danneels & Co. PC in St. Clair Shores. For more than twenty of those years, he was the firm’s managing principal. Dick’s vision and hard work helped grow the firm of eight that he joined in the nineteen sixties to a firm of sixty-five, the largest CPA firm on the eastside of Detroit. Even though he retired in 2001, he is still talked about today by colleagues and clients. He was active in the Michigan Association of Certified Public Accountants, serving as its President in 1993, as well as the American Institute of Certified Public Accountants, serving on various boards and committees. When Dick retired from public accounting in 1999 the MICPA presented him with the Distinguished Service Award for his many years of service to the profession.
Dick was also a long-time co-owner of Yogi Bear Jellystone Park in Traverse City. He was known to listeners of WJR in Detroit as Ranger Smith. Every Friday he would discuss the weekend weather and upcoming events in northern Michigan. In the early days of the campground, he spent weekends during the summer as the recreation director, organizing activities for the campers. He was also never reluctant to don the costume and play the part of Yogi Bear in search of picnic baskets. He was the perfect Yogi.
Dick and Hedy moved to Traverse City full time in 2001. He always wondered why people traveled the globe when the world’s most beautiful beach was East Bay in Traverse City. It didn’t matter if he was trolling for salmon at sun up or sun down, dining out at one of his favorite restaurants, playing chauffeur for winery tours, reading a book, or just sitting on his deck looking at the water, he loved living in Traverse City.
Dick is survived by his true love of 68 years, Hedy. Loving and supportive father of their five children, Sandi Rewalt (Gary Galopin), Scott Rewalt (Pam), Steve Rewalt (Mary Kaye), Shari Rewalt (Ed Aziz) and Staci Rewalt-Kolasa (Steve Kolasa); big brother to Joan Sackett, of Florida and the late Don Rewalt; 11 grandchildren who he couldn’t be prouder of and the never-ending competition to determine the favorite. Crystal, Jason, Nicole, Brandon, Chris, Leah, Courtney, Ellen, Lizzy, Andrew and Natalie; 12 great-grandchildren. Dick learned the good news that a thirteenth great-grandchild is due in November.
On Monday, June 14, 2021 there will be a visitation from 6:30 to 7:30 p.m. with a rosary to follow at Christ the King Catholic Church located at 3801 Shore Road, Williamsburg. On Tuesday, June 15, visitation will be from 10 to 11 a.m. with Mass to follow. For those unable to attend, Mass will be streamed at ChristKingChurch.org.
You may view Dick’s obituary online and send a condolence to the family at www.Reynolds-Jonkhoff.com.
In lieu of flowers, the family would like you to consider donations to The Father Fred Foundation (826 Hastings Traverse City, MI 49686).