Have you heard of overemployment? I really shouldn’t be talking about it but since I’m not in the club, screw it. The concept is: work multiple jobs at the same time, putting in just enough effort so you remain employed but not so much that you’re working too hard despite juggling several “full-time” jobs at once. The key is not to be lazy but rather precisely meet expectations, not exceed them. With enough monitors at your desk and an extra pair of AirPods, you too can take home three paychecks.

Overemployed is a community of professionals looking to work two remote jobs, earn extra income, and achieve financial freedom. Be free from office politics and layoffs. Instead, improve your mental health and negotiate a severance.

OK, seems simple enough. Are there any rules?

1. Thou shalt have many other jobs besides this Job (J1)

This goes without saying, OE is a lifestyle. There’s no going back. Life before OE was financially risky, professionally mundane, and personally unfulfilling. Having two jobs unlocks unexpected mental health benefits by reinvigorating our desires to learn and grow. While J1 is easy, we need J2+ for intellectual challenge and life fulfillment. The money is not too shabby either.

Once freed from the anxieties of a single job, many OE newbies stop overworking and start prioritizing life and family. OE also forces you to be more business-minded and disciplined. After all, you’re forcing yourself to do more in the same or less time (just as how companies do all the time). But make sure to interview and job shop every six months to stay sharp.

With me? Now, you see why Big 4 and overemployment probably don’t play nice with each other. That didn’t stop the enterprising individual below from giving it a shot anyway. Note the person in question is in IT and not in the trenches with clients. It seems they didn’t even get out of orientation before realizing the Big 4 life isn’t conducive to being freed from the anxieties of a single job.

And some bonus observations from the peanut gallery: 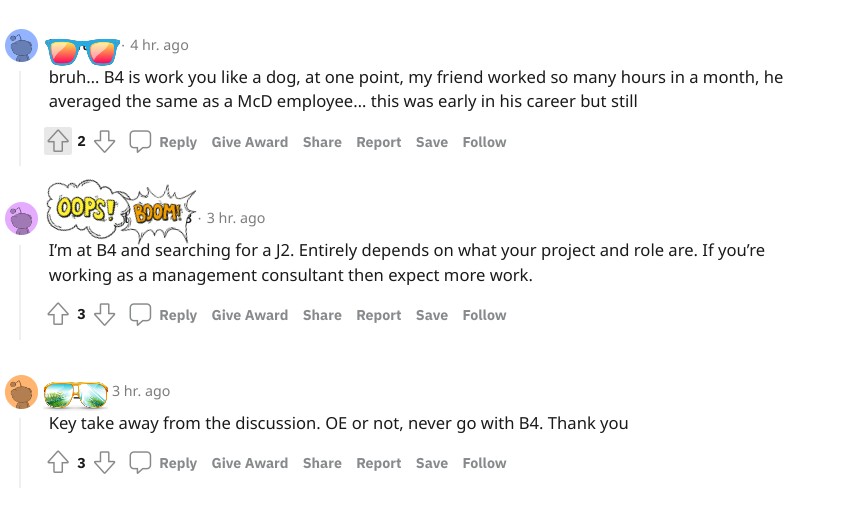 Is this really a thing people are going to start doing? The complaining will be insufferable. Consider how much people complain about one Big 4 job, then multiply that by two.

To anyone considering this: just don’t, OK? It’s not worth it.

Deloitte’s Prized Playground Might Be Getting An Upgrade (UPDATE)

Deloitte's Prized Playground Might Be Getting An Upgrade (UPDATE)

31 Vacancies, Check Post, Qualification and How to Apply Here